Storyline: In the Park portrays an unexpected encounter between Jessica, a stressed out mum on the verge of a meltdown, and Robin, a homeless man. Jessica is over-worked (by her boss), under-valued (by her family), and over-medicated (in response to both). When her upscale car breaks down beside a rundown park, she bulldozes her way across the park trying to pick up a decent mobile phone signal. Oblivious to all but her own situation, she bumps into Robin, a sage of the streets with intelligence, wit…and a fondness for bin picking. The pair strike up an unexpected conversation that turns our perceptions of what “having it all” means upside down. As Robin and Jessica kick social assumptions into the bin like a pair of worn trainers, titbits in the most unlikely of places are revealed to be treasures. 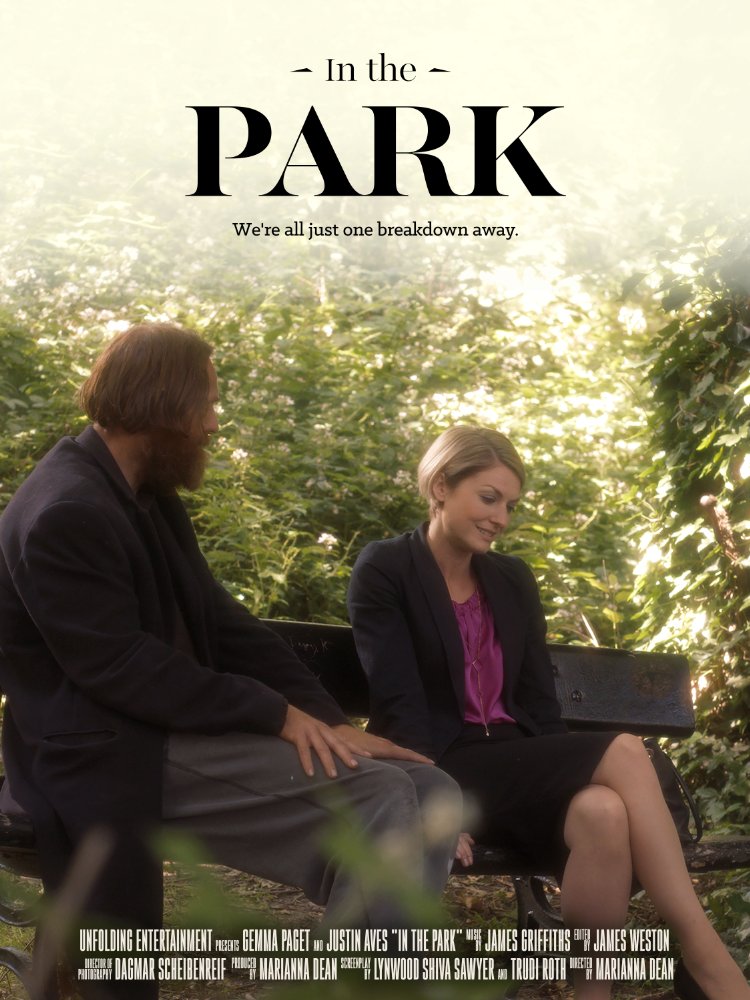